"The water is consistently high quality with only a backwash replacement required since the installation. All the filters have been fitted with Multi Port Valves, making it easier for  staff to use than valve batteries, and ensuring that day-today maintenance is straightforward," says Tony Fisher, managing director of Waterco Europe.

ZSL London Zoo’s penguin colony is reveling in its ‘new’ home in ZSL London Zoo, with the opening in early 2011 of Penguin Beach. And Waterco played a key part in the solution to keep the pool clean.

In the heart of London, England is the world’s oldest scientific zoo. ZSL London Zoo opened in London in 1828 and was originally intended as a collection for scientific study. It was later opened to the public in 1847 and today holds 755 different animal species.

Since then, one of the most popular exhibits has been the penguin pool, with the recognizable Lubetkin pool built in 1934.

As time moved on and different needs for the animals were recognized, ZSL London Zoo moved the penguins into a new pool, leaving the Lubetkin exhibit as an iconic statement of the Zoo’s history. Plans were also made for a new, purpose-built enclosure called ‘Penguin Beach.’ 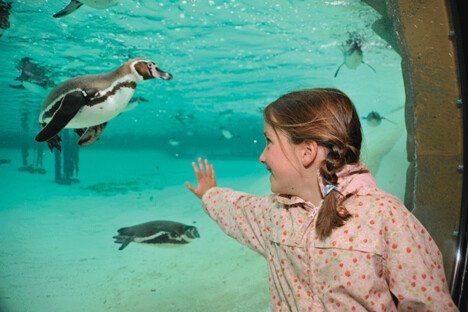 With overhanging trees dropping leaves into the previous enclosure and the unfiltered pool needing to be emptied every two weeks and then refilled from the water mains, ZSL London Zoo needed a long-term solution that would be built from the ground up, providing a larger pool and good clarity water for a healthy environment for the penguins, as well as enabling them to be viewed through underwater viewing panels.

Building a new enclosure was also key to providing the penguins with a larger space, so that ZSL London Zoo could increase the number of nest boxes to encourage the breeding of the endangered birds.

In addition, Penguin Beach was designed to best meet the environmental needs of the species, rather than simply serve the viewing requirements of the public.

The £2 million Penguin Beach has room for a 150-strong breeding colony, as well as a new pool and viewing area that includes a paddling pool for chicks, in addition to landscaping based on the penguins’ southern hemisphere habitats, such as a stretch of rocky shore. The large underwater viewing platform enables zoo visitors to watch the penguins diving for food. ZSL London Zoo hopes that having the penguins in this environment will enable them to breed and raise their young in a space that best reflects their wild habitat.

“Given the issues faced by the previous penguin pool plus the obvious heavy usage of the new pool, using ElectroChlors are ideal, as they enable the chlorine level to be automatically maintained, thus eliminating problems associated with periods of very high or low chlorine levels,”

The Waterco installation has significantly reduced ongoing maintenance, and there’s no longer any need for costly and time intensive fortnightly water changes. In the first year that Waterco carried out monthly maintenance, it resulted in only minor modifications, such as stainless steel bolts replacing galvanized bolts on the commercial strainers.

By moving away from a labour intensive system that saw staff spend a significant amount of time on the enclosure rather than the penguins themselves, the Waterco system has meant staff are now able to focus on the core purpose of ZSL London Zoo – conservation. 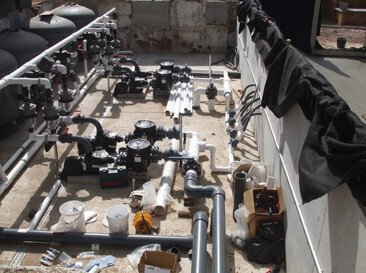 “The water is consistently high quality with only a backwash replacement required  since the installation. All the filters have been fitted with Multi Port Valves, making it easier for staff to use than valve batteries, and ensuring that day-to-day maintenance is straightforward,” says Fisher.

‘Penguin Beach’ opened in the Northern summer of 2011 with 60 penguins moving into their new home. Since the opening, visitors have enjoyed the crystal clear underwater and over-ground viewing of the flightless inhabitants.