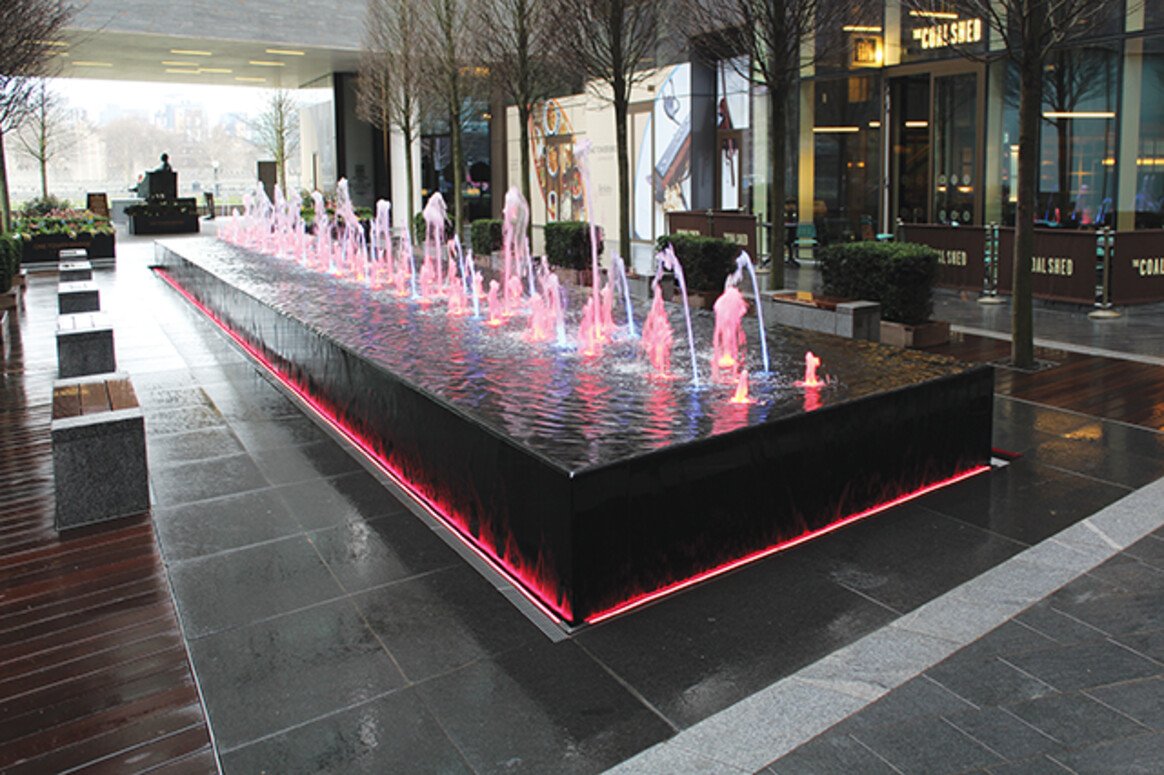 “One Tower Bridge is a magnificent advertisement for British landscaping and…
and a worthy recipient of the 2017 BALI Grand Award.”

Billed as one of “the most sought-after destinations in London”, One Tower Bridge is a mixed-use development from the Berkeley Group spread across nine blocks on the south bank of the Thames. Located directly opposite the Tower of London and adjacent to the iconic Tower Bridge, this new multi-million-pound development features a mix of 356 luxury apartments and 43 “affordable homes”.

More than 8,000sq metres of high-specification landscaping was split across four main sections — a ground-floor podium slab; a first-floor communal residents’ garden; the remodelling of Potters Fields Park adjacent to the mayor’s office and Tower Bridge; and S278 works to Tower Bridge Road and Tooley Street. The elaborate concept includes the ‘podium garden’ located between blocks three and four of the development, which features a communal courtyard, fountain and lily pond. 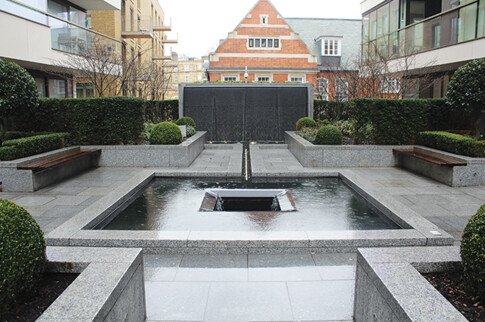 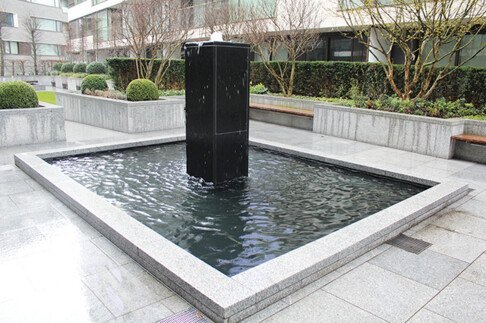 There are 5 water features in total with in the communal
court yard and the public realm, including a 4.75 m tall
water column.

The development’s exceptionally busy and high-profile location presented a number of logistical challenges, which according to public reports included flooding issues throughout construction.

External landscaping was executed in 14 phases across a 2.5-year period and culminated in the construction of the scheme’s striking focal point: a beautifully landscaped boulevard featuring a granite-clad, interactive Water Clock Fountain framed with customised timber seating and Carpinus betulus trees.

Managing director of industry acclaimed Fountains Direct, Nick Roberts, was appointed to work on the Water Clock and Communal Garden water features, which rely on a number of Waterco’s filtration products to keep the water consistently clear, clean and hygienic.

“Being such an important and exclusive development – and its world-renowned location – the equipment had to be of the highest quality, and that’s why Waterco was the preferred choice,” he says.

“When we were asked to be involved in such a fantastic project we were more than delighted,” says Waterco Europe CEO, Tony Fisher. “Appreciating how the water features where such an important part of the development, and having the opportunity to work with Fountains Direct once again on such an impressive project, was a no-brainer.”

“Consequently, there are two separate plantrooms accommodating the following filtration and sanitisation equipment,” he says. 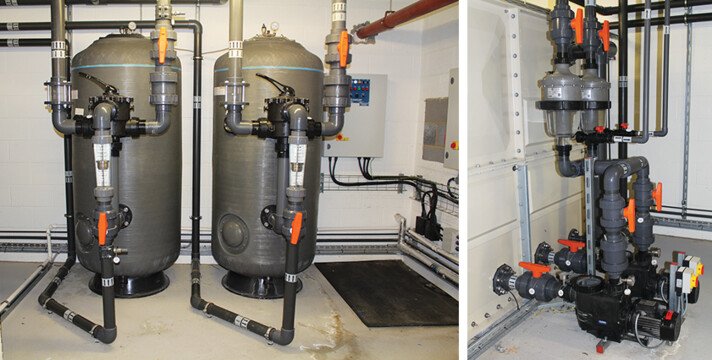 The main filtration for the pedestal water
clock feature is operated by aseparate
plantroom to the communal courtyard
feature. Water is drawn from a holdin
tank and comprises of 2 x Micron
SMDD900 commercial filters
complete with 3” MPV’s and 2 x
Hydrostorm Plus 3HP commercial pumps
that are plumbed in conjunction with 2 x
MC16 multicyclones for sediment
removal. Also 2 x Hydrostar 7HP
commercial pumps are installed for the
overflow effect and circulation.

The main filtration for the feature is operated by a separate plant room to the pedestal water feature, which draws water from a holding tank and is comprised of 2 x Micron SMDD750 commercial sand filters, 2 x Hydrostar Plus 3HP commercial pumps and 2 x MC16 MultiCyclone Centrifugal Filters.

o Water Clock
This feature is 22.2m long x 3m wide x 0.7m high and holds 30m3 of water when static with a total system volume of 39m3. There is a total of 84 fountain jets individually controlled using DMX and each one fitted with RGBW LED underwater lights.

The main filtration for the feature is operated by a separate plant room that draws water from a holding tank and is comprised of 2 x Micron SMDD900 commercial sand filters complete with 3” Multiport Valves, 2 x Hydrostar 3HP commercial pumps and 2 x MC16 MultiCyclone Centrifugal Filters. Two additional 7HP Hydrostar commercial pumps were installed to create the over flow effect and water for the display.

o The media used in the commercial filters is the Waterco Ecopure glass media, which is perfectly suited for this installation and produces exceptional results with easy backwashing and reduced water use.

Waterco EcoPure glass filter media is manufactured
from recycled glass, it is an environmentally friendly
and viable alternative to sand offering a finer
filtration. Its also greatly reduces its initial
backwashing requirements and reduced water use.

Conclusion: An award-winning waterside atmosphere befitting of a global city

In the heart of the development lies an interactive fountain with white vertical jets representing the 12-hour clock, which is surrounded by 84 pulsating LED colour-changing jets. One Tower Bridge residents are able to choreograph their own water display and change the clock fountain to reveal a specific time-zone – New York, Moscow, Tokyo – via interactive floor pads that control the ‘dancing’ jets. Numerous other jets surrounding the clock fountain along the raised ‘table top’ also create an evocative mist, adding to the enticing atmosphere.

“This is a wonderful example of how light and water can be used to create a serene setting for residents who live in the middle of a bustling city like London,” says Nick. “And as Waterco’s products show, you can maintain beautifully clear, clean water even in exceptionally busy locations when the correct equipment is installed.

“Here, One Tower Bridge residents can enjoy the gentle sights and sounds akin to a bubbling brook in the heart of one of the world’s greatest cities.”